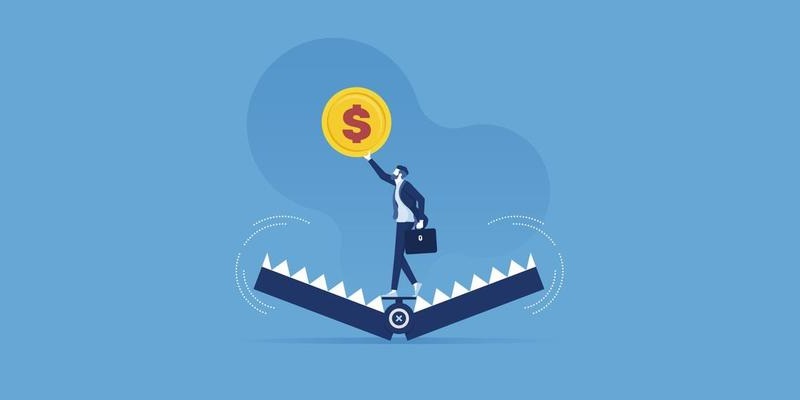 If you’re like most people, you’d jump at the opportunity to put your money into a surefire investment that promises above-market returns. But if a broker or anyone else tries to sell you on such a deal, use caution. You could become the victim of a Ponzi scheme, a type of ruse that for nearly 100 years has ripped off investors for tens of billions of dollars.

In a typical investment Ponzi scheme, fraudsters promise incredibly good and/or incredibly reliable returns. And they deliver – for a while. But they’re not investing in anything. Instead, they’re using money from new investors to pay their obligations to the old, including the exaggerated returns promised to those who “get in on the ground floor.” But eventually, the operation can’t bring in enough fresh money to sustain itself and collapses.

Besides original criminal Charles Ponzi himself, perhaps the best known perpetrator of the Ponzi scheme is convicted hedge fund manager Bernie Madoff, who was sentenced to 150 years in prison after being found guilty of engaging in an operation that lost about $50 billion. In the complaint the U.S. attorney filed against him, Madoff himself was quoted as telling senior employees that the operation amounted to “a giant Ponzi scheme.”

If you think the threat ended with Madoff’s conviction, consider this: In May 2015, a 57-year-old former Tucson man was sentenced to five years in prison after being convicted of robbing clients for more than $8 million in an investment scheme involving commercial and residential developments, the Arizona Attorney General announced. Using Ponzi-style tactics, Herbert Ivan Kay used new investor money to pay for preexisting business debts, obligations and investment rights of failed venture capital projects, the attorney general said. Although the scheme lasted for more than 13 years, Kay continued to market his investments even after he had been stripped of his National Association of Securities Dealers securities trading license in 2004.

Read also:  What Is Churning?

A recent concern is the promotion of Ponzi schemes using virtual currencies, such as Bitcoins.

Though related, investment Ponzi schemes shouldn’t be confused with so-called pyramid schemes involving bogus multi-level marketing business opportunities. In both cases, money from new participants often is used to pay those who joined early on. And eventually both fall apart as the operation grows to unsustainable levels. But the pyramid focuses on recruiting participants to sell a product, while the Ponzi concentrates on attracting new investors. Here’s how to protect yourself:

If someone tries to sell you on an investment that has huge and/or immediate returns for little or no risk, it could well involve some sort of fraud. For example, Bernie Madoff provided investors with consistent return of 1-1.5% per month for 10 years before everything fell apart. (For more, see: Avoiding Online Investment Scams.) Be extra-cautious if the returns are being generated by something you never heard of or in a way that’s impossible to follow.

2. Be Suspicious of Unsolicited Offers

Someone contacting you unexpectedly, perhaps inviting you to an investment seminar, is often a red flag. Investment scams often target elderly people, or those close to or in retirement. For details, see Avoid The Top 5 Scams Affecting Senior Citizens.

3. Check Out the Seller

Research a broker, financial advisor, brokerage company and investment advisor firm using the Financial Industry Regulatory Authority’s (FINRA) BrokerCheck. Verify that the professional is licensed and look for any negative information. BrokerCheck’s files on Bernie Madoff and Herbert Ivan Kay both offer examples of what negative reports look like.

Read also:  What Is Pyramiding?

4. Verify the Investment Is Registered

Never put money into an investment you don’t fully understand. There are many online resources to help you learn how to invest and how to evaluate opportunities for risk and potential gain, including here at Investopedia. Don’t write a check to – or open an account with – anyone who won’t fully answer your questions or who tries to discourage questions by saying the investment is using secret, proprietary or too-complex-for-laymen strategies.

If you think an investment is a Ponzi scheme or any other type of scam, or you’ve been victimized, file a complaint with the Securities and Exchange Commission, FINRA and your state securities regulator (here’s a North American Securities Administrators Association list). One sign that you’ve put your money into a Ponzi scheme is that you’re unable to obtain promised payments or cash out. Some scammers offer investors even higher returns to discourage them from departing, says the SEC. Also see 4 Signs Your Financial Advisor Is Ripping You Off.

It’s vital that you know whom you are dealing with and that you understand any investment before handing over your money. Be doubly careful if someone contacts you unsolicited about an investment. If anything seems off to you, report it to the authorities and let them figure it whether it’s legitimate or not.

Read also:  What Is Catfishing?

Sure, you may miss out on the opportunity of a lifetime. But probably not. As the adage says, “If it sounds too good to be true, it probably is.”